This is an off-topic post to briefly explain where I’ve been for the last three months. I wish I could say it was a wonderful adventure, but it was not. It was life at its worse, but it is life and we all experience it.

On November 10th, my Dad passed away after two months of deteriorating health. My Dad lived with lymphoma for 15 years and to the doctors, that was amazing. To us, however, he died too soon. He was full of life, married to my Mom for over 61 years and never complained when he went for treatments.

The painful part for me was watching him go through these last two months. On September 1st, he played golf with me and my husband at Marlborough Country Club. He had taken a medical leave this past year while he underwent treatment for his cancer which had returned for the 4th time. He said he felt good and he proved it by shooting a 102. Not bad for someone 84 who had just finished chemo. In fact, he parred the two par threes on the back nine, one of which is the 18th hole. When that happened, my Mom and the club pro were sitting in the player’s lounge watching him do it.

On September 2nd, the four of us went to Foxwoods for Mom’s birthday, a bit early because she was scheduled for hip replacement on September 10th. That night at dinner, he mentioned he was having trouble swallowing but thought nothing of it. From that point on, his health started a downward spiral that ended with him succumbing to pneumonia with all of us surrounding him at the hospital.

Little did we know at the time that it would be his last time he’d ever play golf or go to Foxwoods to play Texas Hold’um. However, he went out with a par, enjoying every minute of it. And he won some money in the poker game he was in. I am just thankful that I made the time for him that weekend, having been incredibly busy with clients. Had I said no to him, or not been able to clear a day to join them at Foxwoods, I would have had to live with that regret.

My Mom is trying to come to grips with what happened, blaming herself for not doing more, going through bouts of grief, anger, regret, and guilt. But she is managing to deal with it in her own way and I’m proud of her. She has known no one else in her life, dating Dad since she was 17. I visit her regularly to run errands, take her grocery shopping, help her pay bills and just make sure she’s doing ok. She still drives and she needs to keep her independence. One day when I stopped by, I found her at Dad’s desk, writing out checks.

For me, I’m trying to work myself back. I needed the week following the services to adjust, send thank you notes to those making the donation to the The Leukemia & Lymphoma Society or having masses said for him, and cleaning my office of the pictures I rummaged through to find the right ones for the collage boards.

Will I ever return to normal? Probably, but it will take time. The holidays will be hard or at least different. I need to get back to my business, but want to keep my workload at a manageable level so I have time for Mom and for me. Family matters come first and they have taken precedence over other areas of my life.

But that’s what life is about. It’s dealing with what gets thrown your way and coming out the other end stronger and more resilient. I have had to put many of the social media tools away for the time being and focus on getting through this. But I do want to get back into blogging, Twittering and following those of you who have taught me a great deal. Although my business is strong and thriving, I’m sure my personal brand has lost some of its sparkle. Providing fresh, relevant content to my readers is critical. So bear with me a little longer. I promise I’ll be back.

5 thoughts on “Experiencing a Painful Loss”

90 Day Year® Peak Performance System helps you achieve inevitable outcomes in your business with more speed, focus and efficiency than ever before.

I use this system to grow my business and stay on track. As a 90 Day Year® Certified Partner, I  incorporate this system into my services to help you get better results. Learn more »

Sign up to get marketing tips direct to your inbox and get a FREE campaign action plan, editorial calendar and instructions on how to plan and execute a successful marketing campaign!

Looking for an engaging speaker for your organization, event or business? Book me to provide either a presentation or workshop on the following topics:

Before I met Debra, I hired another firm to design and optimize my website.  SIX months later, I had a total of ZERO contacts!  I knew I needed help, and I knew I needed a small-business marketing expert. That’s when Debra stepped in. Not only did she help me optimize the flow, content, and functionality of my… “Scott Santarelli” 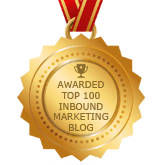 Unless otherwise noted, all stock photography since January 2012 is from BigStockPhoto.com and before December 2011 are from iStockPhoto.com.
Continue Shopping →
Item added to cart.
0 items - $0.00
Checkout

Sign up to get marketing tips direct to your inbox and get a FREE campaign action plan, editorial calendar and instructions on how to plan and execute a successful marketing campaign!